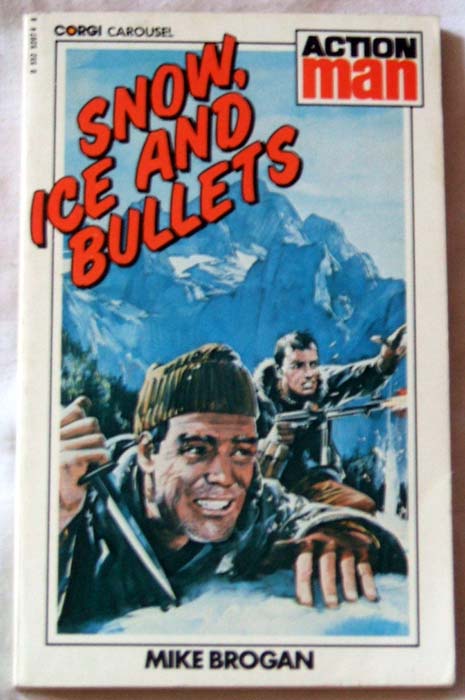 Trapped in Norway by the German invasion, Professor Lindfors, a brilliant scientist, was desperate to escape and work to free his country. The Germans, however, wanted him to work in their laboratories.

Action Man and G.I. Joe had a top secret mission – to get the Professor back to England. But when they finally managed to reach Norway, they found that the Germans were one step ahead of them- Professor Lindfors had been taken to the impregnable prison at Castle Richbleau…

Snow, Ice and Bullets – one of series of exciting World War II adventure stories with Action Man and his pal G.I. Joe.