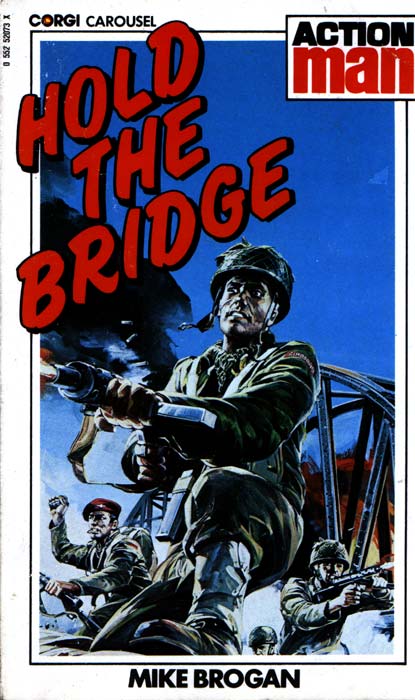 If the American offensive was going to succeed, the Bridge at Breve had to be captured from the Germans. Without control of the bridge the offensive couldn’t succeed – and thousands of lives would be lost.

The Germans were waiting for the task force – and the attack was totally crushed. But the plane carrying Action Man and his men had been hit and the commandos had had to bale out early. With only a handful of men Action Man knew the chances of taking the bridge were remote – but they had to try. And then Action Man met G.I. Joe and the odds swung a little in their favour.

Hold The Bridge – one of a series of exciting World War II adventure stories with Action Man and his pal G.I. Joe.