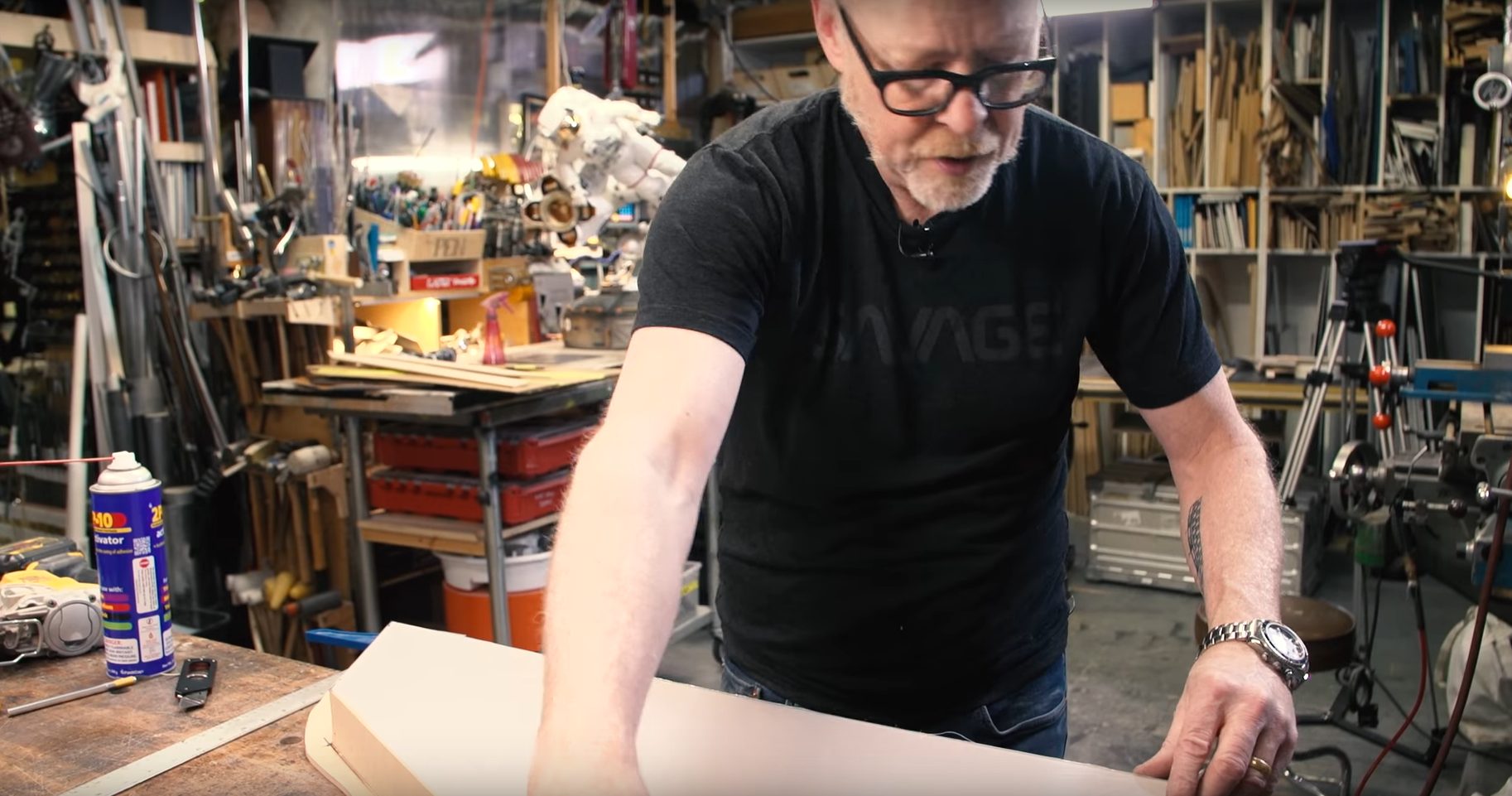 As a big fan of Tested.com and Adam Savage (formerly of Mythbusters) I was delighted to spot an Action Man figure in his “cave” during one of his One Day Build videos of a dinosaur lamp. Anyone who is familiar with Adam Savage will know he’s a huge spacesuit nerd so unsurprisingly the Action Man in his cave (I’m fairly certain) is the Moon Raker figure in his space suit. You can see Action Man just behind Adam in this still from the video: