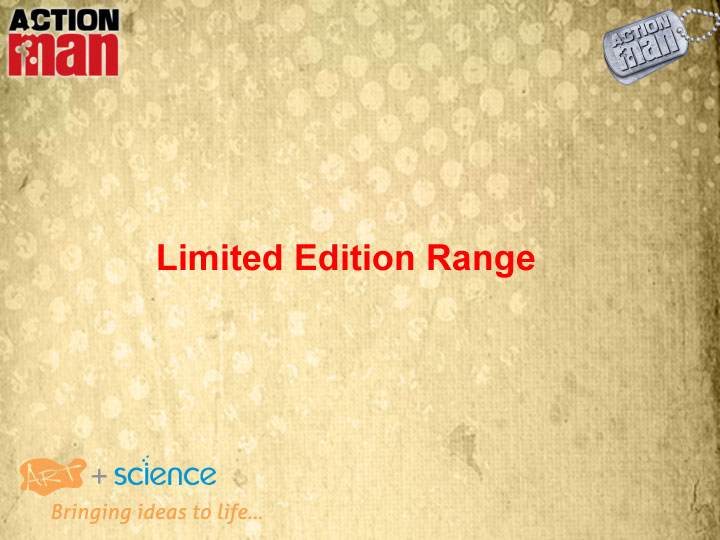 It’s safe to say that the 50th Anniversary Action Man line is dead. The remnants of the budget line are on clearance in the few stores they actually appeared in and Artists & Scientists have made no effort to follow up the budget line with the long-promised Collector’s Range that was promised in August 2018.

So here we are 2 years later and the only “public” look we got at the range was teased at a licensing fair last May on Twitter.

This photo shows the budget range and their “deluxe” editions as well as what looks like an updated RNLI outfit, a new version of the 1960s Action Man Explorer, a Coldstream Guard and a new look pilot. The “eagle eyed” amongst you may also notice a new, articulated body on some of the figures. The articulated body is actually the “Generation 3” body from the World Peacekeepers range and it’s no surprise A&S went down this route as the body on the Basic and Deluxe figures looks to be the “Generation 1” body and some of the accessories in the Deluxe sets were also lifted from the World Peacekeepers range.

So another cost saving measure by A&S. Not a good sign for a premium Collectors Range! The Collectors Range would probably have retailed at around the £50 mark yet World Peacekeepers 12 inch figures cost £14.99 retail with a ton of accessories.

So what Action Man figures were planned?

We’ve been given access to a document sent to retailers in 2018 outlining A&S’ plans for Action Man. Whilst there are some similarities to the figures shown at Distoy there are also some big differences!

Firstly the plan was for a limited edition Coldstream Guards Action Man figure as seen at Distoy. This figure would have been exclusive to Hamley’s and online retailers.

To complement this would be a Coldstream Guards Officer figure in similar window box packaging to the second wave of the 50th Anniversary Range. This figure would not be limited to online and Hamley’s.

The Coldstream Guards Officer was to have a ceremonial sword and waist sash instead of a rifle and it looks like there would not be a hat included.

Next was a planned modern day RAF pilot outfit, also in window box packaging. It looks like this outfit was changed by the time the Distoy show happened in to a red outfit. Possibly a Red Arrows pilot with some sort of g-suit?

So we can see that between August 2018, when the document we have shown was created, and the Distoy trade show in May 2019, the plans had changed considerably.

Why were these Action Man sets never produced?

We can only guess at the reasons at this point. Perhaps Hamley’s didn’t sign on for the Coldstream Guards figure and the whole deal fell apart like a house of cards? Perhaps it was poor sales of the budget range (unsurprising given the quality of the figure). Perhaps Hasbro objected to the use of another toy company’s parts being used in it’s (licensed) products?

Either way it’s a shame to see that some exciting outfits were planned which never saw the light of day. Which sets would you have bought (if any)? Will we see an Action Man 60th Anniversary line?

Like the hard nut we know and love Action Man refuses to die and is coming back from another hiatus. French website Fulgropop has posted a sneak preview of the new Action Man figures.

These new figures look basic but feature all new uniforms, new dog tag, window boxes and an all new body and head sculpt. The new look Action Soldier, Action Pilot (and it’s a safe bet to say there’s and Action Sailor too) are aimed at 3 years old and up. The Fulgropop site says they’ll be available at Christmas but our understanding is these figures will be available from October. Priced at around £15 each these Action Man figures are aimed at the younger age of the market.

We also know there are more “collector” focused figures on the way, similar to 2017’s 50th Anniversary editions that will look more like the VAM we know and love.

To celebrate 50 years since England won the World Cup, Art +Science is launching a special limited edition Bobby Moore Action Man, in association with The FA and the Bobby Moore Fund.

The action figure has not been created with mass retail in mind. Instead, fewer than 2,000 pieces are being produced, with donations going towards the Bobby Moore Fund. Some will be auctioned off to raise money for the Fund, while some stock is heading to the Wembley store.

“Only 1,966 pieces are being produced and will be available from November; with a donation of £6 per piece donated to the Bobby Moore Fund,” said Karen Clarke, brand director at Art + Science.

The Bobby Moore deal forms just one part of Art + Science’s activity around the 50th anniversary celebrations of Action Man. Hasbro licensed Art + Science to develop a special anniversary range, and the line-up will hit retail from this month.

“There is a lot of excitement and anticipation surrounding the launch of the Action Man 50th Anniversary Collection,” added Clarke.

As a celebration of  the original Action Man, the line will reproduce some of the iconic toy’s original elements from its run back in the Sixties.

Clarke stated: “Action Man is back with the best of the Sixties and Seventies features. The flocked hair, gripping hands, and signature scar all feature with outfits, accessories and the iconic dog tag and the product packaging has been inspired by one of the original Action Man artists.” 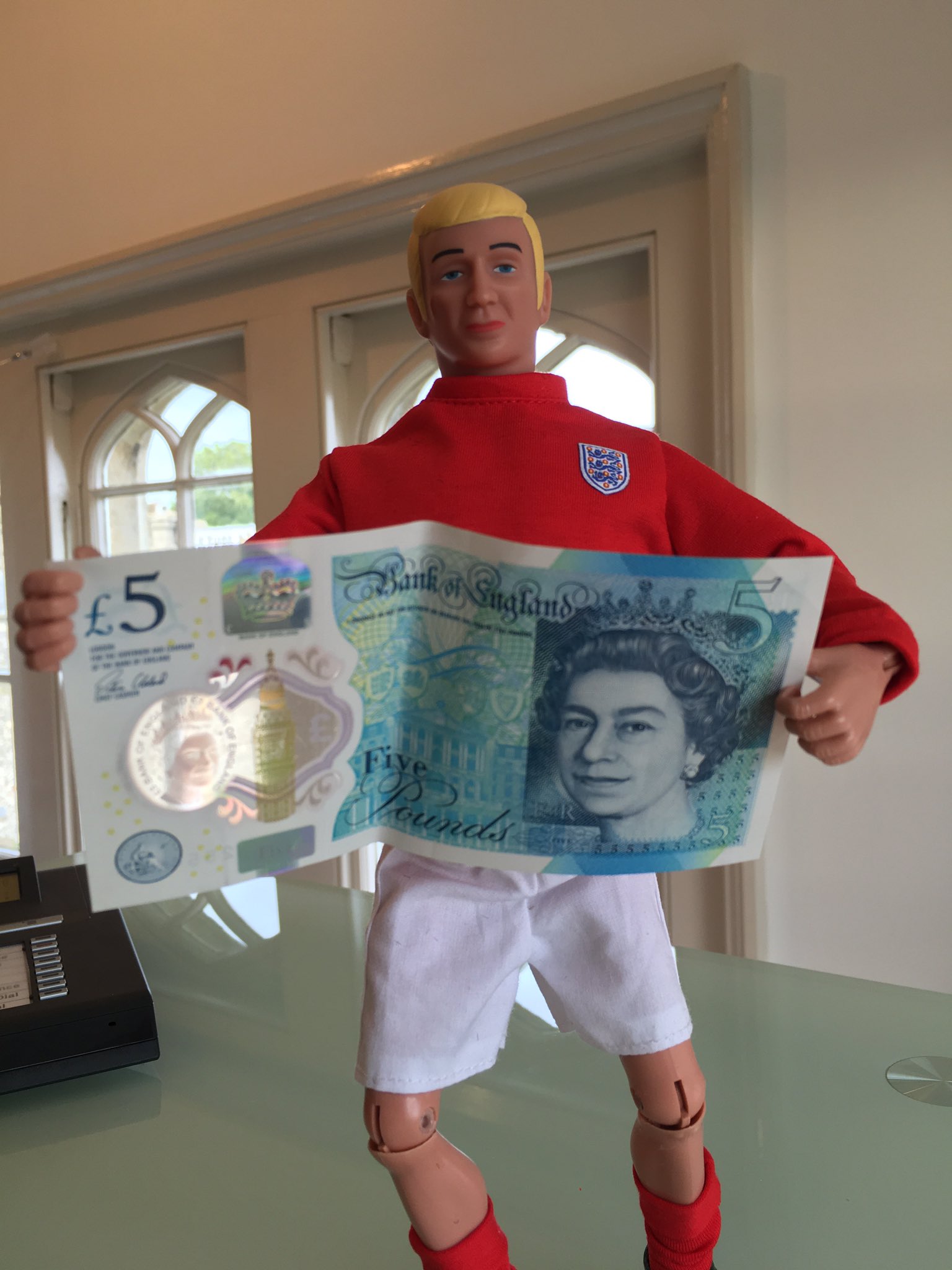 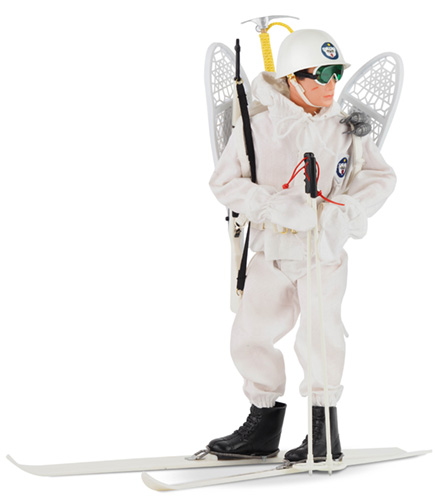 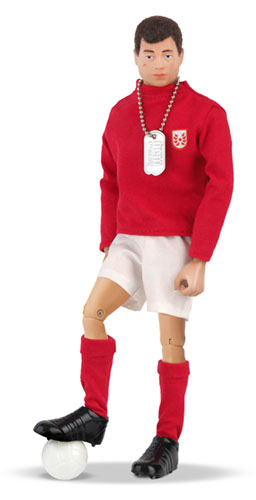 Action Man is back for his 50th anniversary! The hero that inspired whole generations is now fifty years young and it’s time to start some new adventures. Relive your childhood memories with this very limited collection of the best-loved Action Man products.

Whatever the adventure, Action Man is back in this limited edition range with the best of the 60’s and 70’s features. The flocked hair, the hands that really grip and the signature scar all feature with outfits, accessories, the Action Man booklet and of course, the iconic dog tag. The packaging has even been inspired by one of the original Action Man artists.

You can relive your special childhood moments with this very limited collection of the best-loved Action Man products.

They will spark great memories of the times you spent creating battles in your bedroom, adventures around the house and those special ops missions in the garden.

Whatever the adventure, Action Man is back in this limited edition range with the best of the 60’s and 70’s features. The flocked hair, the hands that really grip and the signature scar all feature with outfits, accessories, the Action Man booklet and of course, the iconic dog tag. The packaging has been inspired by one of the original Action Man artists.

You can start your childhood all over again with one of the most collectible action figures of all time!