During his many adventures Action Man has fought in World War II alongside G.I. Joe and Tom Stone, fought Captain Zargon and his Zargonite space pirates, hunted down The Intruder with the help of Bullet Man, become an extreme sports star and battled the evil Dr. X.

During World War II Action Man fought alongside the original G.I. Joe during many missions all across the globe. From France and Belgium to Norway to Italy, North Africa and of course Nazi Germany.

From the 1990s a new threat appeared in the form of the villanous Dr. X and Action Man was ready to save the world from whatever nefarious schemes Dr. X and his cronies could devise. Knuck, Natalie Poole, Jacques and RAID the dog helped Action Man but as Dr. X’s Council of Doom gained allies a new team was formed to fight against them, a new version of Action Force! This new team consisted of Red Wolf and Flint.

Action Man was “a master of all forms of fighting, communication and disguise… a tenth-level Judo black belt, member of Mensa, and a three-star Michelin chef.” However Action Man sacrificed himself to save the world from Dr. X’s doomsday machine hidden beneath the river Thames in London. Ian Noble was one of Action Man’s support crew and was promoted to the role after Action Man’s death. Action Man is also aided by Agents Bryce Chan, Mercy Gale and Terrance Salmons under the control of Director Pauline Bestley. In issue 2 we find out that the previous Action Man was Agent Mike Brogan, a nod to the author of several Action Man novellas in the 1970s.

Action Man soon discovers that Dr. X is not dead as was previously believed… 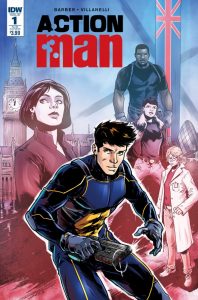 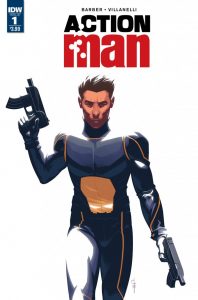 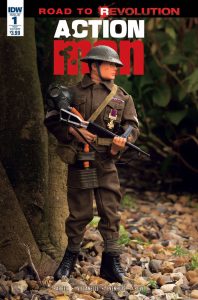 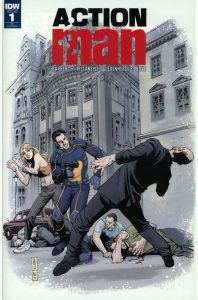 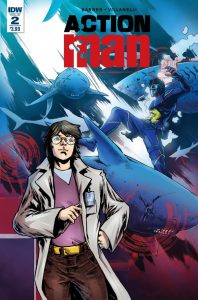 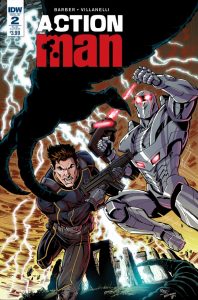 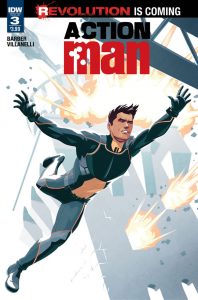 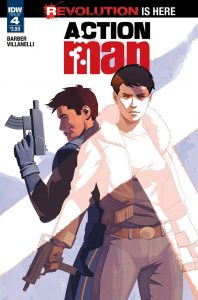 One thought on “Action Man”